We are looking to increase passenger traffic and the number of airline companies, by building and consolidating partnerships with them.

Suceava International Airport is the first Romanian airport that accessed European funds for modernisation. The airport has signed a financing contract for €39 million.

The rehabilitation programme has finished and the airport’s infrastructure is modernised. On 25 October the first flights operated from the new airport.

The geographical location places Suceava Airport in the heart of northern historical Moldavia by making it The Gateway to Bukovina.

The one which was once a province of the Austrian Empire, Bukovina, kept its traditions and uniqueness away from the nowadays growing modernization.

The airport is located in the north-eastern part of Romania, 12 kilometres away from Suceava city centre, in Salcea town. It has excellent public transport access and close connections to Suceava and Botosani cities.

The access it`s possible through a 3 km long road which connects the two cities to the airports facilities. ARP coordinates and site are at AD 474115N 0262114E. 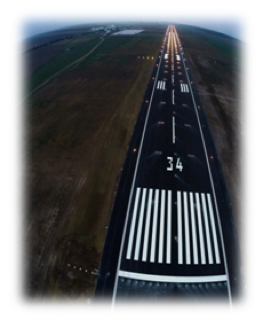 The operating hours are the following: from Monday to Sunday – 05:00-23:00.
Slot coordinated: no slot constraints;
3 check-in desks with a capacity up to 200 passengers per hour

OTHER AIRFIELD EQUIPEMENT AND FACILITIES:

Suceava is known to be "The Gateway to Bucovina" because of the strategic location in the north-east part of the country, in an area with a great tourism potential, that can attract both romanian and foreign tourists.

OUR AIM : „The Gateway to Bucovina”

WE PROMOTE: Regional development through:

The development of the airport infrastructure of R.A. Airport “Ştefan cel Mare” Suceava represents the key element so the airport can benefit of the oportunities offered by :its geographical position, the presence of an important amount of people that work abroad, the area’s important touristic potential and the future economical development of the region.

Also we need to mention that the growth of airport activity through scheduled and charter flights would help the development of the region.

The region’s touristic potential is important and insufficiently exploited at present, also because of the lack of an airport in the region that can serve companies with aircraft of over 100 seats.

The airport’s potential to develop more than the other nearby airports depends on the coherent commercial strategy regarding the efforts made for its development and the traffic situation in the region.